The router  mount I had been using up until now was basically a board with band (worm gear) clamp to hold the router in place (I saw this on the Rockcliff site).  For the most part it works, however I recently had an issue where the holes on some parts I was cutting were coming out too small.   Since I had cut the part a number of times I was confused, I thought maybe the end mill was getting dull so I changed it, and tried again… still wrong.  I finally figured out that the router had shifted and was at a slight angle, which was causing the holes to be slightly malformed, which made my very snug fit way too tight.

I realigned the router, and everything was fine…  but not one to leave well enough alone (obsessive), I ended up creating a more proper mount for the DW660 router (Cut out tool actually) and thought I would share it in case someone else decides to use this tool.  I also cut some adjustable clamps to hold a vacuum tube, I ended up using one them and a zip tie to mount the vacuum.  The DW660 is not exactly round which made creating the mount more difficult than it should have been, I will be looking for a round tool next time I buy a router  (have my eye on a Bosch Colt).

Here is the dxf file for the mount: DW660_RouterMount.zip, please feel free to use it as you will.

Here are some pics showing the construction: 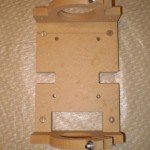 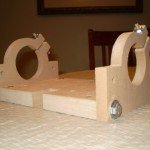 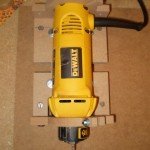 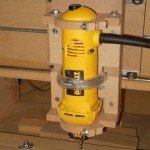 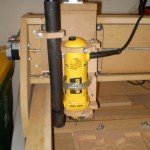 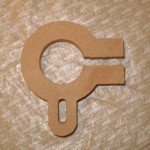